In the modern world of text messages, where people have the opportunity at any time to send short messages, telling anyone about their thoughts and current events, regardless of location, many of traditional rules of grammar are not used anymore.

On the one hand, it is absolutely logical: why should people spend time and money on a lengthy and competent presentation of weak news, requests or questions in the messenger with the correct construction of sentences, without cuts, with all the punctuation marks, when there is no time to correct even the unintentionally made mistakes in words? On the other hand, unfortunately, this surely leads to illiteracy in drafting standard and larger-scale texts: students no longer remember how to write correctly and do not learn competent writing. Even writing a regular email becomes an impossible task. According to many university professors, the habit of ignoring grammar leads to an increase in the number of students who are not able to pass a basic test of knowledge of their native language. In connection with the relevance of the topic, the Pro-Papers team decided to find out how exactly the use of messengers affects the literacy of students and what consequences it can bear.

Of course, any Internet communication and reading of network published information has a detrimental effect on the ability to write without errors. Nevertheless, even at literary and professional forums in a particular area (not to mention blogs, cinema forums and other similar resources), there are many young visitors, illiterate people or those who do not bother themselves with spelling and punctuation rules. Most often, at least 60% (and more) of messages and comments on sites are written with errors.

When we constantly read serious books, we become smarter, respectively, when the intellectual often talks with the “tough guy”, he/she switches to his/her language, and when there are illiterate texts, errors and lack of punctuation marks before our eyes, the brain absorbs and accepts what the eyes see. When the hands are constantly in a hurry typed text with errors, illiteracy is fixed. As a result, we begin to write like a seventh grader. Nevertheless, for the emergence of serious problems in this regard, you need a lot of time, lack of desire to write correctly, prolonged lack of contact with good literature, constant and dense use of “illiterate” Internet resources.

According to a study published by the Pew Internet and American Life Project team entitled “Writing, Technology and Teens”, more than 85% of teens regularly use one of the ways to send instant messages, like instant messengers, online chats, SMS, Twitter, etc. More than 50% of the surveyed teenagers profess that they do not use punctuation and spell checking, typing text or instant messages.

75% of Europeans consider that messengers, social networks and smartphones have a bad (or very bad) influence on the students’ literacy. These are data from a survey of literacy in the European Union. Only 4% of Europeans are confident that modern methods of Internet communication help the development of literacy.

At the same time, the majority of Europeans (78%) believes that, despite the prevalence of conversational language (and not formal writing) in communication today, the importance of correct writing skills has not disappeared. 22% disagree with them, and are in favor of modern students paying less attention to grammar and spelling.

64% or almost two out of three teenagers who agreed to interviews for the study admitted that they occasionally use an informal text style in their homework and during note-taking lectures. Each of the four, that is, 25%, said that they use emoticons and 38% use abbreviations, like LOL (laugh out loud) or OMG (oh my god!). The habit of this type of language distortion very quickly manifests itself and is fixed in the network communication. Then it goes on to more important documentation. The study clearly demonstrated how the free grammar, commonly used in text messages, intersects and overlaps with knowledge of the basic rules of spelling, and affects how students compose texts in more formal situations. The presence of various kinds of text grammar checks reduces the development of literacy skills among students and reduces the overall level of writing culture.

The usual use of the informal grammar in the compilation of any short and medium volume of texts means poor spelling, illiterate sentence structure, incoherent expressions and neglect of syntax – and gradually this becomes the standard of written communication. According to an article in a large Canadian newspaper “Globe and Mail”, titled “Texting, Twitter contributing to students poor grammar skills, profs say”, the age of text and instant messaging not only harms the students’ knowledge of grammar, it just nips it in the bud. The number of students who did not pass the basic language proficiency test reached the heights of excitement: almost 30%, according to a study by the Waterloo University, Canada. Even students with high marks in the last grades of the school showed problems with the basics of the language, according to this article. The article refers to the abbreviations and abbreviations commonly used in text messages and popular on the Internet as the reason for the literacy decline.

Just like using slang or abusive language greatly influences your manner of verbal expression, practicing free language in messages and comments makes you get used to communicate with the help of ragged pieces of information that are not properly designed in a sentence or statement. When it comes to the need to write a professional article, document or academic papers, it becomes very difficult for people even just to express their opinion, say nothing of expressing their opinion properly. It is difficult to get rid of this habit to introduce these words and abbreviations, because they are already firmly woven into the pattern of your way of expression and many can simply accept them as normal. 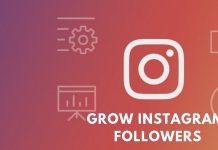 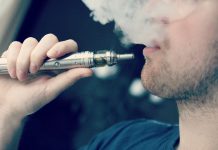 Understanding More About Shortfill E-Liquid and Its Uses 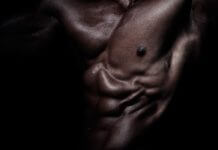 Muscle Memory is Real and Here’s How It Works